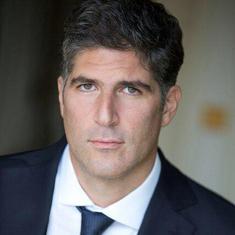 Beyond his responsibilities on the boards of directors and the management of his Group, Antoun Sehnaoui invests in cinema, tourism, real estate development, media and the hotel industry. These sectors, like the banking and financial sectors, constitute the heart of the modern Lebanese economy.

Add to that his patronage activities - he supports the Beirut International Film Festival, the Beirut Art Center, the Francophone Book Fair and more than a dozen arts and cultural festivals a year. He also supports Lebanese sports, in particular by a partnership with the National Basketball Federation and by a donation in 2017 of 7 Million Dollars for the financing of the sports center of the LAU "Lebanese American University".

Antoun Sehnaoui embodies the modern Lebanese entrepreneur, with a deep faith in the future of his country. Among other things, he was responsible for arranging the Saint-Charbel dedicated shrine in the heart of the mythical Saint Patrick's cathedral in New-York City, the first of its kind outside Lebanon.

Born in Lebanon in 1972, Antoun Sehnaoui comes from a brilliant line of entrepreneurs and politicians of Greek Catholic confession; He is named after his great-uncle Antoun Sehnaoui, founder of the bank that will later become SGBL, appointed Minister of PTT (Post, Telegraph and Telephone) in Lebanon in 1964 and elected MP for Beirut on several occasions. He is the son of Nabil Sehnaoui and May Chehab, great-granddaughter of Emir Bashir Chehab II who ruled Mount Lebanon during the first half of the 19th century.

Antoun Sehnaoui grew up in Lebanon during the civil war, an experience that strongly imbued him with a sense of national duty. In 1997, after returning from the United States, where he studied Business Administration – with an emphasis on International Finance & Banks at USC University of Southern California, he began to implement his vision of making Lebanon again the center of the Middle East in banking, finance, media, art and tourism.

In 1999, Antoun Sehnaoui took over FIDUS and made it a leading financial institution in its sector. Since his appointment as Chief Executive Officer of SGBL in October 2007, the bank has enjoyed unprecedented success that continues to be confirmed today; SGBL ranks among the top 3 Lebanese banking groups.

In 2011 he increased the SGBL Group's network by acquiring the healthy assets of the LCB "Lebanese Canadian Bank", and in January 2018 he bought the "Pikes Peak National Bank" in Colorado, illustrating his desire to expand on the American territory. The year 2018 also saw a substantial development for the Group with the acquisition of Banque Richelieu in France and Monaco, marking its establishment on the European territory.

Antoun Sehnaoui’s contribution to a burgeoning media sector took shape in 1998 with the creation of News Media, a publishing house, which created Executive, the leading English-language business magazine in the Middle East; still an indispensable tool today for both analysts and investors.

Passionate about cinema, Antoun Sehnaoui founded the production company "Ezekiel Film Production" based in New York, which at the end of 2018 had a catalog of some thirty films produced. The success of Ezekiel's first production was dazzling with the film "Sils Maria", which accumulated 19 awards and 42 nominations, and the consecration came with an Oscar nomination in 2018 as the producer of the Best Foreign Language Film with the film " The Insult ", which will cumulate 15 prizes - including the best actor at the Venice Film Festival - and 12 nominations. Antoun Sehnaoui is also one of the three pillars of the Rouge-International production company based in Paris, which aims to develop auteur films.

In real estate, tourism and hotel sectors, Antoun Sehnaoui was among the first investors to detect the potential of the Saïfi and Gemmayzeh regions in the center of the Lebanese capital. It is also in Gemmayzeh, neighborhood that is today the heart of the Lebanese tourist life, that he opens two restaurants: La Centrale and La Tabkha. He also discovered the potential of the coastal region of Damour, south of Beirut, where he inaugurated the Océana beach resort. Today, the "Océana effect" is still spreading along the Lebanese coast, where resorts and hotels are multiplying. In 2018 the SGBL Group becomes one of the largest shareholders of SOLIDERE (Lebanese Company for the development and reconstruction of downtown Beirut), the largest Lebanese real estate company, notably in charge of the construction and management of the real-estate portfolio of downtown Beirut.

Giving back to the community has always been priority for the Sehnaoui family, as they have been actively involved in public service for the past 80 years. Serving their community, with no distinction of gender, race or religion is at the heart of their values. As a result, Antoun Sehnaoui founded a not for profit organization, Lebanon Of Tomorrow (LOT), in April 2019, in response to the dire social and economic crises affecting Lebanon. This organization’s main objective is to provide vulnerable and marginalized categories of the population, with the necessary alimentary, medical and social assistance to meet their needs; as well as to promote solidarity and a sense of community in the country, in order to consolidate social cohesion. Lebanon Of Tomorrow also works with several international organizations, and proudly collaborates with the King Selman Humanitarian Aid and Relief Centre. LOT consists of a team of 300 people, who operate across Lebanon, especially in Beirut, Saida and Tripoli, through a wide array of initiatives. These initiatives range from the glazing and reconstruction efforts after the August 4 blast in Beirut, to the Covid-19 relief program, to the solar-lighting of the streets of the capital, to food aid and medical assistance programs.

Antoun Sehnaoui continues to defend the colors of Lebanese energy, creativity and of a strong sense of entrepreneurship. He has proven that success is found where vision and courage exist.